Directions: In this section there are two incomplete dialogues and each dialogue has three blanks and three choices A,B and C, taken from the dialogue. Fill in each of the blanks with one of the choices to complete the dialogue and mark your answer on the Answer Sheet.

A. And then maybe we can go out to eat tonight.

B. Let me look at the newspaper.

C. And what should we do after we go to see the movie?

Dad:A movie today? Well,I don't know.Ah, here it is a movie that starts in the afternoon at 2:45. Well, should we take mommy with us?

Dad: Okay, we have to wait for mommy because she's going to meeting right now.

Girl: Go on a walk to the beach?

Directions: In this section there is one incomplete dialogue which has four blanks and four choices A, B, C and D, taken from the dialogue. Fill in each of the blanks with one of the choices to complete the dialogue and mark your answer on the Answer Sheet.

Directions: In this part there are ten sentences, each with one word or phrase underlined. Choose the one from the four choices marked A,B,C and D that best keeps the meaning of the sentence. Mark your answer on the Answer Sheet.

11.We adopt and cling to beliefs because--or partly because--it pays to do it.

12.Five firemen narrowly escaped death when a staircase collapsed beneath their feet.

13.The new administration hopes that such measures will consolidate its position.

14.Knowledge exposes us to the wonderful diversity of the world and gives a better perspective on life.

15.Like any other medical symptoms.a sharp drop in body temperature may have many causes.

16.He has a delicate stomach and often gets sick when travelling.

17.The facilities in some areas are out of date while those in others are very modern.

18 Under no circumstances should we do anything against the will of the people.

Directions: In this section, there are four passages followed by questions or unfinished statements, each with four suggested answers A,B,C and D. Choose the best answer and mark your answer on the Answer Sheet.

Today's grandparents are joining their grandchildren on social media, but the different generations' online habits couldn't be more different. In the UK the over-55s are joining Facebook in increasing numbers, meaning that they will soon be the site's second biggest user group, with 3.5 million users aged 55 - 64 and 2.9 million over-65s.

Sheila, aged 59,says, 1 joined to see what my grandchildren are doing, as my daughter posts videos and photos of them. It's a much better way to see what they're doing than waiting for letters and photos in the post. That's how we did it when i was a child, but i think I'm lucky i get to see so much more of their lives than my grandparents did.

Ironically, Sheila's grandchildren are less likely to use Facebook themselves. Children under 17 in the UK are leaving the site - only 2.2 million users are under17 but they're not going far from their smartphones,Chloe,aged 15,even sleeps with her phone.it's my alarm clock so l have to" she says. 1 look at it before l go to sleep and as soon as i wake up.

Unlike her grandmother's generation, Chloe's age group is spending so much time on their phones at home that they are missing out on spending time with their friends in real lifeSheila,on the other hand,has made contact with old friends from school she hasn't heard from in forty years."We use Facebook to arrange to meet all over the country she says. "it's changed my social life completely.

Teenagers might have their parents to thank for their smartphone and social media addiction as their parents were the early adopters of the smartphone, Peter,38 and father of two teenagers, reports that he used to be on his phone or laptop constantly.1 was always connected and i felt like i was always working' he says. 'How could i tell my kids to get off their phones if I was always in front of a screen myself?So,in the evenings and at weekends, he takes his SIM card out of his smartphone and puts it into an old-style mobile phone that can only make calls and send text messages. ''m not completely cut off from the world in case of emergencies, but the important thing is I'm setting a better example to my kids and spending more quality time with them.'

Is it only a matter of time until the generation above and below Peter catches up with the new trend for a less digital life?

lf you've ever hosted a mouse as a houseguest, you know they can be incredibly clever at finding your food.And that makes sense.

They had to become better in traits like problem solving because we became better at hiding our food from them."

Anja Guenther is with the Max Planck institute in Germany.She says that battle of the minds has made mice craftier over time.

"The longer the mice lived with humans, the better they are at problem-solving."

You see, there are more than a dozen subspecies of house mice worldwide. And each began cohabiting with humans at different times in our evolutionary history. For example ....“Mus musculus domesticus."

Our relationship with them began some 8.000 years ago.“And Mus musculus castaneus."

And that spread in evolutionary life histories, with constituents from all three groups, gave Guenther's team an opportunity.They gathered 150 mice-representing all three groups-and tested them with seven different food puzzles. Each puzzle was baited with a mealworm, which the mice could only get by pushing or pulling a lid, for example,or extracting a ball of paper from a tube or opening the window of a Lego house.

And they found that the longer a mouse variety had lived with humans, the more likely it was to solve these food puzzles.

“So, basically, what we are left at, with trying to explain these results that we see, is that the mice really developed higher enhanced cognitive abilities while living with humans." The results appear in the Proceedings of the Royal Society B.

As the human footprint on the globe expands, Guenther says it's more important than ever to understand how we influence animal minds to learn why some creatures, like housemice, adapt-while others simply die out.

I am starting to worry about the electric car. Not the thing itself; I've found electric vehicles to be superior to their fossil-powered predecessors in just about every important way,and although I am a car-crazy Californian, I don't expect to buy a lung-destroying, pollution-spewing gas car ever again.

But electric motors are merely a power source,not a panacea. From General Motors' Super Bowl ads to President Biden's climate-change plans,plug-in cars are now being cast as a central player in America's response to a warming future. The planet will be much better off if we switch to electric cars. But gauzy visions of the guilt-free highways of tomorrow could easily distract us from the larger and more entrenched problem with America's transportation system. That problem isn't just gas-fueled cars but car-fueled lives a view of the world in which huge private automobiles are the default method of getting around. In this way Es represent a very American answer to climate change: To deal with an expensive dangerous,extremely resource-intensive machine that has helped bring about the destruction of the planet, let's all buy this new version, which runs on a different fuel.

During his time as mayor of South Bend,Ind.,Pete Buttigieg, the new secretary of transportation, advocated plans to reduce car dependency. But asking Americans to begin to imagine a future of fewer, smaller cars and less driving will be a great political heave. I can already imagine the Fox News segments pillorying Biden and Mayor Pete for their "war" on S.U.Vs and pickup trucks.

Directions: In this part, there is a passage with ten blanks. For each blank there are four choices marked A, B, C, and D. Choose the best answer for each blank and mark your answer on the Answer Sheet.

Andrew Carnegie, known as the King of Steel, built the steel industry in the United States, and, in the process, became one of the 46 men in America. His success resulted in part from his ability to sell the product and in 47 from his policy of expanding during periods of economic decline, when most of his competitors were 48 their investments.

Carnegie believed that individuals should progress through hard work, 49 he also felt strongly that the wealthy should use their fortunes for the 50 of society. He opposed charity, preferring instead to provide educational opportunities that would allow others to help 51 . "He who dies rich, dies disgraced," he often said.

Among his more noteworthy contributions to society are those that 52 his name, including the Carnegie Institute of Pittsburgh,which has a library, a museum of fine arts, and a museum of national history. He also 53 a school of technology that is now part of Carnegie-Mellon University . Other philanthropic gifts are the Carnegie Endowment for International Peace to promote understanding between nations, the Carnegie Institute of Washington to 54 scientific research, and Carnegie Hall to provide a center for the arts.

Few Americans have been 55 untouched by Andrew Carnegie's generosity. His contributions of more than five million dollars established 2,500 libraries in small communities throughout the country and formed the nucleus of the public library system that we all enjoy today.

Directions: In this part, there are three incomplete texts with 20 questions (Ranging from 56 to 75). Above each text there are three or four phrases to be completed. First,use the choices provided in the box to complete the phrases. Second, use the completed phrases to fill in the blanks of the text. Note you should blacken the letters that indicate your answers on the Answer Sheet.

A. fill B. variety C. include

B 63 their trunks with water

Asian elephants live in the tropical forests and grasslands of southeast Asia. Their ideal meals 65 . Much of Asian elephants’ time is spent searching for food. Actually these animals may travel 50 miles a day to find food. Asian elephants also enjoy taking dips in the water. To cool down their backsides, the animals will 66 and spray it over themselves like a hose.

Asian elephants are gentle and super-social. Related animals live with their young in herds adult males go off on their own. For communication with each other, they 67 . Some of their vocalizations can be heard more than a mile away.

A. replaced B. watching letter D.write

B.69 by email instant, messaging and social media

C. taken the time to sit down and 70 something

Not too long ago, many children enjoyed reading a good book in their spare time. Nowadays, adolescents are more likely to be seen_72 Some people even claim the can't go without watching their favorite TV programme-which is a bit extreme! Similarly, sending letters has become a thing of the past.It has been 73.I think this is a huge shame; for me,there is nothing better than 74 . It shows someone has_75_ , this is much more personal than a conversation online. For some people-especially the older generation-new methods of communication aren't so accessible.

Directions: Translate the following passage into Chinese. Write your answer on the Answer Sheet.

Our lives would be remarkably limited without language. Our social interactions rely very heavily on language. We are considerably more knowledgeable than people of previous generations because knowledge passed on from one generation to the next via language.

What is language? According to Harley, it is a system of symbols and rules that enable us to communicate.Symbols are things that stand for other things: Words,either written or spoken,are symbols.The rules specify how words are ordered to form sentences. Communication is the primary function of language. We can use language for thinking, to record information, to express emotion,and so on.

Taking all these into consideration, we may safely draw the conclusion that machine translation has its disadvantages and we should take a holistic approach to this issue. 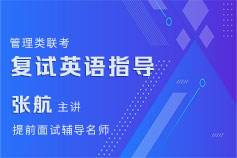 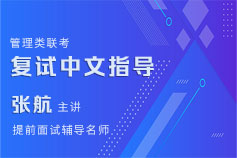 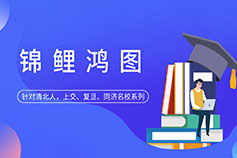 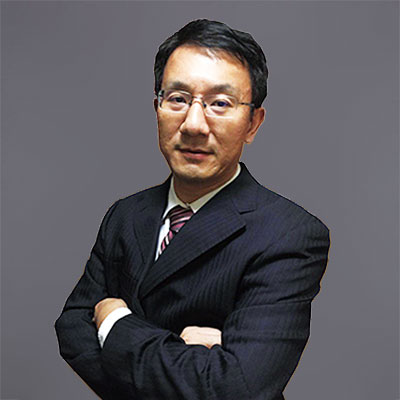 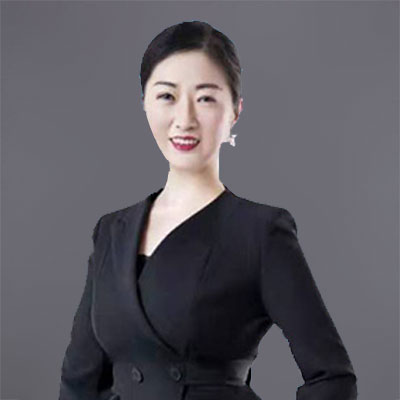